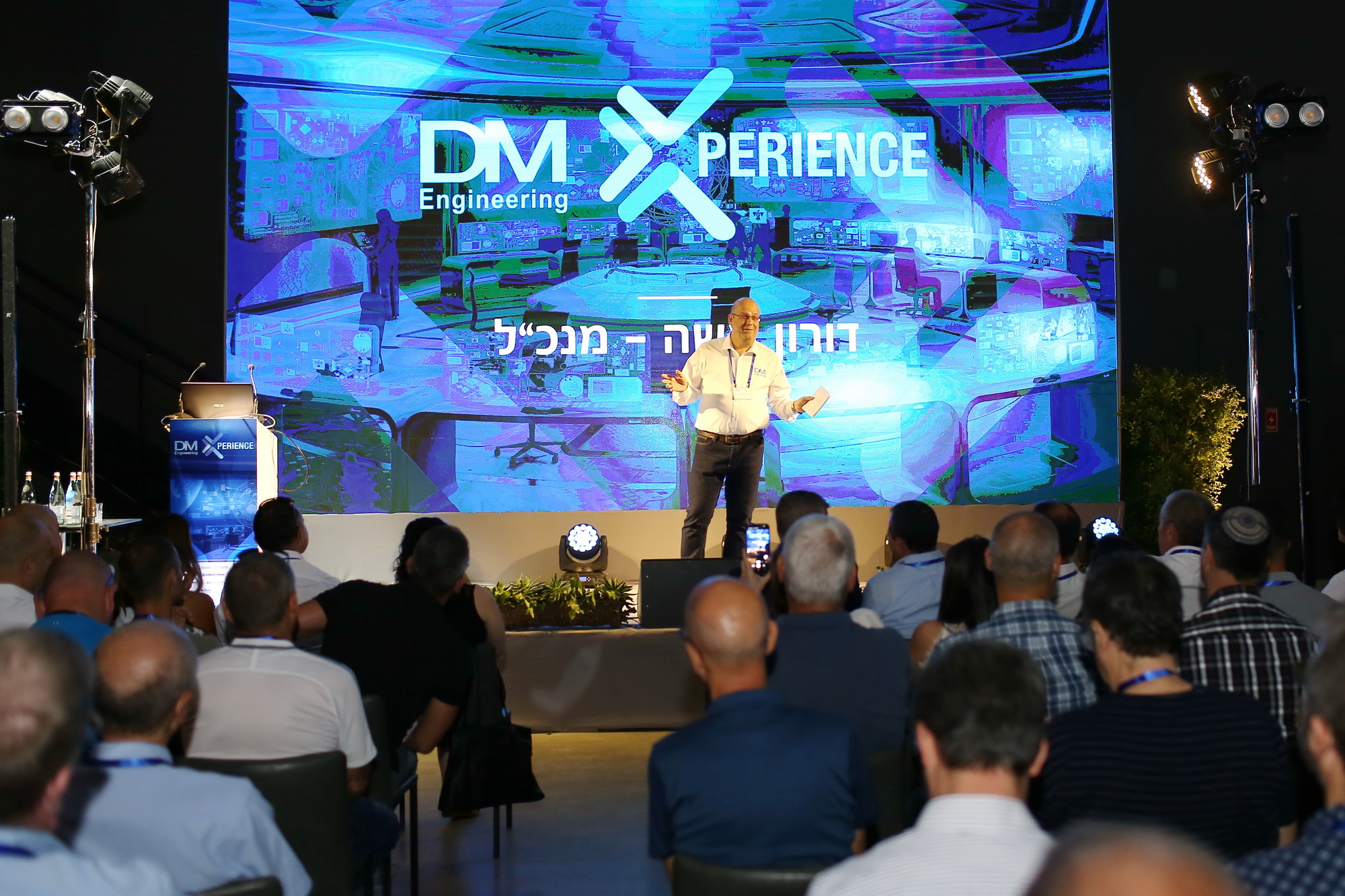 Hundreds of clients, partners and consultants attended a very successful conference on September 9, 2019, held by the DM Company of the Afcon Group in the “Ma’arava” Events Courtyard in Ga’ash. The conference, packed to the brim, also featured an exhibition displaying brands of the leading multimedia and AV manufacturers in Israel and worldwide.

Doron Moshe, Founder, and CEO of the company shared with the audience the history of the company from its foundation in 2000 until it became part of the Afcon group. Moshe focused on the milestones of the company’s development, from the winning the first tender to supply plasma screens and RGB projectors to Deutsche Bank’s offices in Israel and about the winning of the AV tenders of the Mizrahi Bank in 2002, which boosted the company’s reputation, paving the way for it to being selected to handle and execute the most significant projects in the Israeli economy. About two years later, in 2004, D.M Engineering was hired to manage a project by which it undertook the task of creating a billing system for Bezeq; a project that created a large buzz in the local market.

Moshe went on to talk about DM’s connection with the Eurocom group in 2006, which enabled DM Engineering to qualify for the first time for the threshold terms required by Israeli Security Agencies’ tenders, and its engagement with the PIS  – Passenger Information System, project for Israel Railways, which began operating in 2009. This system continues to expand to additional train stations according to the railway’s work layout, including new stations set up in 2018 and 2019.

In his honest account of the company, Moshe did not skip the crisis that led to the sale of DM Engineering to the AFCON Group about a year and a half ago. However, he proudly emphasized that the secret of the company’s success lies in its belief in quality workforce fulfilling the various roles, after filtering and absorbing processes applied to the employee’s hiring process. Moshe summed up with kudos to the suppliers whom he named, “our partners who remained with us in better and worse times, who believed and proceeded with us throughout our journey. ”

To the full article >